Christopher Terry, IM Mastery Academy co-founder and CEO, spoke to an audience in Germany recently as part of a European speaking tour. At the event, Terry discussed the importance of a positive mindset and determination when faced with challenges. It’s a message that guides his leadership approach at the Academy, which provides an online financial education platform. As CEO of IM Mastery Academy, Christopher Terry emphasizes the power of perseverance and the continuous pursuit of educational growth.

“It’s not the critic who counts. It’s not how the strong man stumbles. It’s not about how many times you get beat up. It’s about those who continuously fall on their knees, get bloody, get dirty, and get back up again, who don’t listen to those timid souls who put them down,” said Terry. “What I want you to do is always be you. You make the mistakes in life, but you just keep that focus, and you don’t stop; you keep persevering forward. No matter who’s talking and chirping in your ear, you just keep going forward.”

Who Is Christopher Terry?

In his role as CEO of IM Mastery Academy, Christopher Terry often speaks at the Academy’s events to offer his perspective on the importance of market knowledge, positive self-talk, and a commitment to elevating others. His appearance in Germany was part of an extended European tour that will also include events in locations including France, Spain, and Italy.

Christopher Terry’s European tour comes as IM Mastery Academy is expanding. In June, the Academy launched its Travel and Lifestyle (TLX) membership, which provides members with access to discounts on hotels and resorts and the possibility of attending themed trips with IM Mastery Academy educators, including trips focused on forex and digital currency education.

The move into this new area of business came shortly after IM Mastery Academy added another financial education academy as well. The TBX Academy was launched in May and focuses on time-based exchange and intraday market engagement strategies such as scalping.

In the midst of this period of growth for IM Mastery Academy, Christopher Terry has continued to attend and speak at IM Mastery Academy events, where he outlines the importance of building a business from a strong plan and a motivated mindset.

“When you do anything, any business, anything, a plan is necessary,” said Terry in a recent video. “Bruce Lee, when he invented Jeet Kune Do, he was initially learning Wing Chun. And he took different arts from other areas, and it created his own model and it worked. You have to have your own model. You pick from here, you pick from there, and you make it your own. You always want to seek new information and grow.”

Note: IM Mastery Academy is an educational forum for analyzing, learning, and discussing general and generic information related to markets and strategies. IM Mastery Academy does not provide personalized recommendations or views as to whether an investment approach is suited to the financial needs of a specific individual. Before deciding to participate in the forex or other markets, you should carefully consider your investment objectives, level of experience, and risk. Most importantly, do not invest money you cannot afford to lose. You should take independent financial advice from a professional in connection with, or independent of, research and verify any information you find on the IM Mastery Academy website. 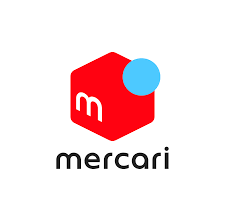 Mircari: A Unique Way To Connect With People Around The World 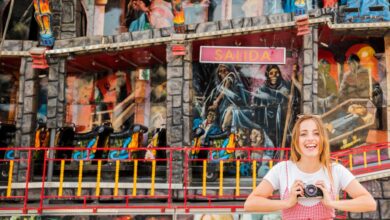 WHAT IS A QUEUE MANAGEMENT SYSTEM?