AirPlay that today is also known as AirPlay Mirroring, is the exclusive protocol of Apple company, which allows the users to share video images, music, screen, photos, etc. wirelessly with a playback device such as a TV, speakers, etc. Taking advantage of this attractive feature, you can run software and games on your phone and tablet, and after transferring it to the screen, you can use your mobile device or tablet as a software and game controller. The focus of this article is on how to turn off AirPlay on your iPhone once you are done and no longer need it running.

To be able to make the most of this guide here, you need to know that devices compatible with AirPlay technology are divided into two categories:

Turning off AirPlay on iPhone

There are mainly 5 different ways to turn off AirPlay on iPhone.

Go to Control Center on your iPhone.

The device where the media is streaming will be visible in the menu that appears. Tap on Stop Mirroring to turn off AirPlay.

Go to Control Center on your iPhone.

There will be a media player at the top right corner. Tap on the AirPlay icon inside the media player.

A menu will appear showing the device that you’re streaming to via AirPlay selected under Speakers & TVs.

Select iPhone from this menu so that the media only plays on your mobile phone.

If you are streaming something on Apple TV application to an AirPlay device, the AirPlay icon inside the playback controls will be highlighted. Tap on this icon to turn off AirPlay.

A menu will appear showing you the AirPlay device that is playing under Speakers & TVs.

Tap on iPhone on the menu.

Go to the playback screen.

At the bottom under the AirPlay icon, you will see iPhone ➔ <AirPlay device>.

Tap on the AirPlay icon.

In the menu that will appear, you can see your AirPlay device selected under Speakers & TVs.

Tap on iPhone in the menu.

You can turn off a media playing on your iPhone via AirPlay from the Lock Screen on iOS similar to the way you would do in the Control Center.

At the top right corner of the media player box inside the Lock Screen, tap on the AirPlay icon.

In the menu that appears, you can see the AirPlay device that you have selected under Speakers & TVs.

Tap on iPhone to continue playing on your phone instead of AirPlay.

Can you disable AirPlay altogether?

No. AirPlay is a built-in feature on iOS. Since it is not a dedicated application, you cannot permanently disable it.

Can you turn off AirPlay from iOS Settings?

No. You can only access AirPlay controls from the Control Center, Lock Screen, or the application where you are playing the content from.

Yes. AirPlay is the exclusive technology of Apple and it is active and usable on the products of the same company, such as iPhone and iPad. Android mobiles and tablets do not have this technology and depend on similar technologies such as Miracast.

Is there an alternative for Apple TV to use AirPlay?

Yes, today, various image transmission dongles support AirPlay technology and can be used as a suitable and cheaper alternative to Apple TV, such as HDMI dongles.

HDMI wireless image transmission dongles can support various AirPlay, Miracast, and DLNA image transmission standards. These dongles have eliminated the limitation of using AirPlay and reduced the cost of using this technology. For example, you can use the AirPlay feature to transmit audio and video by getting an EZCast 2 HDMI dongle or a more powerful model such as the EZCast 4K dongle.

How do I know if my iPhone is screen mirroring?

On your phone’s lock screen, a blue bubble with a TV inside will appear at the top of your screen to indicate that you’re mirroring your iPhone or iPad screen. To stop screen mirroring, you can go back to the Screen Mirroring option in Control Center and tap Stop Mirroring.

Can someone screen mirror my iPhone?

They can’t do that unless your iPhone is jailbroken or they have your password.

AirPlay or screen mirroring technology allows the screen of a phone, tablet, or computer (transmitting device) to be displayed wirelessly on the screen of another device (receiving device. Screen mirroring is often used during meetings, presentations, and lectures to easily display relevant content to others in the room.

AirPlay exclusively serves Apple products. It is available on iPhone and iPad under the name of Screen Mirroring and on personal computers with Mac OSX under the name of AirPlay. Before 2011, using the AirPlay feature, you could transfer and play your photos, music, and videos wirelessly to a relevant player, but after 2011 and with the introduction of newer products such as the iPhone 4S, the AirPlay Mirroring feature was added to iOS. This technology is not open source and Apple monitors the devices that use this feature.

Once you are done using this cool feature you can use the five methods we went through in this article on how to turn off AirPlay on iPhone. 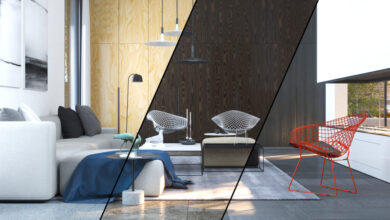