With 341 million speakers, Hindi is the 4th most spoken language in the world. It is the official language of India. Most of the country except few parts of Southern India can understand and converse in Hindi fluently. But the language is still a hindrance to people from core regions of South India. They face difficulty in reading and understanding this national language. Rather English is the most preferred language for them. Also, thousands of tourists across the world visit India each day to witness the cultural heritage of the country. To help them converse with Hindi speakers, we’ve got top Hindi to English dictionary apps that translate any Hindi word into English in the shortest time accurately. We made sure that each of them is downloadable on both Android and IOS devices.

A much-needed invention by Google that removed the barriers of conversing across countries. Google translate has been the most used app by Android and IOS users. The ability to translate between 103 languages is what makes the app highly desirable. The popup feature in the app translates any text copied in your device with a single tap. The app works the same with or without an internet connection. Hence you can translate even in remote places which are inaccessible to the internet.

Another great competitor for Google, the Microsoft Translate comes with a set of amazing features to satisfy personal and official requirements. The Group Transcribe feature delivers real-time translation and transcription for conversations and official meetings. No more worries about missing any important information. Focus on the speaker and let the app transcribe the conversations for you. The Microsoft Edge plug-in lets you translate web pages of foreign languages into 90 languages and dialects instantly. Now make your business international and connect with customers worldwide using Microsoft’s Translator’s text and speech translation technology. Download the offline translation packs and disappear to anywhere in the world even without an internet facility. Many such ultimate features make this Microsoft Translator stand out among all other translator apps in the market.  It can be accessed on both Android and IOS devices.

Over a million users trust the dictionary Linguee app to translate between the languages efficiently. The app translates regional languages like Hindi and foreign languages like French, Spanish, German etc. into English. Thus extending its reach to different parts of the world. It is designed by over 400 lexicographers for the highest accuracy and reliability in translations. Just after typing the first few letters, the app is smart and quick enough to recognize the word and translate it into your desired language. You can download the editorial dictionaries for free and use them without any data connection. This feature makes the app accessible in any part of the country. Example sentences are displayed for all the words you search to improve your language skills. In addition to the above, you can access billions of translations over the world using the integrated translation search engine. The pronunciation of each word in the dictionary is recorded by professional speakers. This one app solves all your translation needs. Download this app now from the Google play store.

This U-dictionary app comes with all the features that you need for a better translation. With this app, never worry about the internet requirements for translation. This app performs great offline also. It also assists you to learn a new language. You get access to 30 languages as soon as you install the application. There are some preloaded definitions and phrases to make you learn quickly. The electronic dictionary allows you to upskill yourself in the most exciting way through games and quizzes. The references of definitions are derived from Wikipedia and Collins dictionary. The dynamic layout of the app makes it easy to use by both novices and experts. Other features of the app include a drop-down language menu, contextual guides, images within definitions and quick translation options etc. you can even listen to the pronunciation of a word if the internet connection is available. The only downside of the app is that users are required to download additional dictionaries according to the language, they wish to learn. Get the app from their website.

This is the lightest translator app developed by Klay’s Development Company and occupies only 2.7 MB size of your device. You can translate easily between English and Hindi using this app at no cost. Either copy and paste the text from anywhere or give voice input to the app, it recognises the input language and translates into the other language. It is easy to use and consists of various interface settings, an option to view your translation history and a favourite option to save particular words. The app is suitable for both Android and IOS devices. The app is exclusively for Hindi-English or English-Hindi translations and doesn’t support any other language. Some users noticed a few wrong translations of Hindi words into English.

These Hindi to English dictionary apps will help you translate between the two languages quickly. If you want to text in Hindi, our Hindi Keyboard app should be the solution for you. Spice up your chats using our 3D animated Emojis. Create Bobblehead stickers from your selfies or your favourite headshots and use include customised templates on the stickers. Customise the settings and choose your favourite themes for the background. The voice typing feature, Hindi typing or English to Hindi translator, availability of several stylish fonts etc makes this keyboard an all-in-one keyboard app serving different utilities. Our privacy policy ensures that none of your personal data or card details is stored. However, statistics are collected anonymously to improve user experience.  Download the Hindi keyboard apk from the Play Store or App Store.

5 new features of IOS 15 that will increase productivity 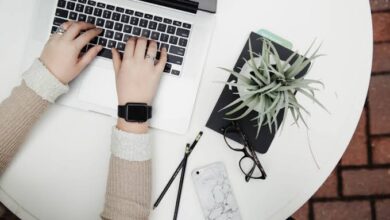