We never saw so many international players across different sports falling prey to depression. Why do these players go into depression? Do they find themselves unable to handle the unprecedented success and adulation, or the huge expectations from fans are too much? It never happened in international sports, because it takes a lot of skill and mental toughness to perform at the international level.

It’s a Common Problem across Sports

Mental health issues aren’t specific to a particular sport. It doesn’t matter which sport we are talking about – Cricket, Tennis, Boxing, Athletics, or Gymnastics. Every sport has its superstars who reach the pinnacle of their careers by sheer hard work and dedication.

Their names have consistently occupied the newspaper headlines in the last few years. They are also very popular icons in their country and outside. Virat Kohli, the Indian cricket captain is especially a big star in his country, and also a top influencer on the Indian social media channels. One thing is common among all of them – They have spoken openly about their mental health.

Simone Biles, the star gymnast from the US in the most shocking manner, pulled out from her final event at the ongoing Tokyo Olympics. This was an unprecedented incident for the Olympics, and people began speculating what went wrong with Biles, one of the biggest stars of the Tokyo Olympics.

However, when the actual reasons for her sudden departure from the Olympics were found out, people just couldn’t believe it. Simon Biles also talked about her stress. She said that generally people think we are having fun at the Olympics, but it is not like that.

Simon Biles isn’t an exception, other players also go through such bouts of depression. Naomi Osaka, the world no 1 women’s tennis player from Japan during the mandatory press briefing at French Open tennis tournament refused to talk to the media . And subsequently she also withdrew from the competition. Osaka later on talked about her ongoing battle with mental  depression, and also shared how difficult this decision had been for her.

The Curious Case of Simone Biles

Now even big stars are openly talking about their mental health issues. Simon Biles is not only a successful gymnast, but is also the biggest Olympic star like Michael Phelps and Usain Bolt. She came into the limelight after winning four gold and one bronze medals in the Rio Olympics.  She was expected to repeat her performance in the Tokyo Olympics to set a new Olympic record. Unfortunately, that didn’t happen.

Many consider Biles as the greatest gymnastics player ever. Her journey to success hasn’t been easy. In the past, she has faced sexual violence and racism. When someone becomes successful after so many difficulties, people go out of their way to appreciate their success. But sometimes these praises increase the burden of expectations on that person and it becomes difficult to deal with them.

These are extraordinary times for the world as most of us are going through unprecedented stress in our lives. Our personal life, professional life and social life have been affected by the pandemic. Moreover, awareness about mental health has also increased among people in the last few years. Now people are not embarrassed to acknowledge their problems. Perhaps that’s why so many people have been openly talking about mental health and depression in recent months.

Some time back, Indian star batsman Virat Kohli also talked about his ongoing struggle with mental depression. While talking in a podcast with former cricketer Mark Nicholas, Kohli frankly discussed his mental stress during the 2014 England tour. Virat Kohli had further said that when you start thinking too much about people’s expectations, it really becomes a burden.

Bindra had said that people usually talk about how to come out of failure, but it was difficult for him to come out of success. According to him, It was the toughest time of his life. Abinav Bindra was India’s first individual gold medalist at the Beijing 2008 in 10 mt rifle shooting.

Before achieving success at Olympic Games, he had won gold medals in major shooting events including World Championships. Bindra said that after he achieved his dream, it left a huge void in his life. He went into depression and kept getting lost. He wasn’t sure about what to do next. And that was probably the most difficult period of his life.

A former cricketer once said that what an international player goes through in a single day, a normal person experiences in his entire life.Sportsmen at the end of day are also human beings, and they also need empathy. And we should support them in their difficult times because we don’t know how they are going through a situation.

Speaking of American gymnast Simone Biles’ sudden withdrawal from the Olympics, it’s good that people are finally paying attention to the mental aspect of sportsmen. It’s a very brave decision on her part, since she has given priority to her mental health over the Olympic medal.

These international sports stars are mature enough to decide what is right for them.  There is nothing wrong if an unfit player decides to sit off from the field.  Because when we talk about fitness, it’s not only about physical fitness but mental fitness too.

Although experts say that we should look at these with empathy. These international players, despite their popularity, are also human beings like us. They also have their highs and lows. We might have a lot of expectations from them, but they also feel pressure like any normal person.

Of late, depression has become so common, it has taken an epidemic form. The best course of action will be to acknowledge the problem and seek treatment. There are trained counselors who can be very helpful in these matters.

At the same time, social platforms like Connectd app are also excellent mediums for online counseling. We are living in very stressful times, and it’s absolutely normal for anyone to lose control sometimes.

Know What a Home Loan Balance Transfer is and its Purpose 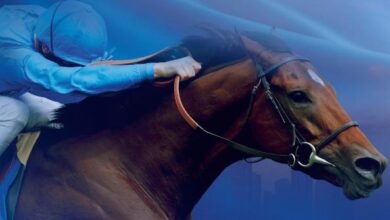 Godolphin On A Roll A Month Before Breeders Cup